[introduction to collection]: in the Qing Dynasty, silver coins, paper notes and copper coins coexisted, and new silver coins were issued in the Jiaqing period, while more gold and silver coins were cast in the Guangxu period. The westernization movement also affected the coinage industry. In 1887, Zhang Zhidong, governor of Guangdong and Guangxi, commissioned the British ministers to order a complete set of coinage machines in the UK, and cast the first machine-made silver and copper coins in the Guangdong monetary Bureau. After that, all provinces followed suit and purchased foreign mechanical casting silver and copper. Many of the mints, including the Guangdong money Bureau, were ordered from the famous Birmingham Mint Co., Ltd., London, UK. The intervention of the British big industry made the silver coin also stained with western color. The integration of Manchu and Han culture is rarely seen on the obverse of the coin, but the back of the coin clearly indicates the intervention of western culture. When the system of ten Wen more, when the system of 20 Wen less, with a high collection value, the market is hard to find a real coin! There are a lot of twenty articles on duty in Hubu, which are exquisite and of high collection value among the same kind 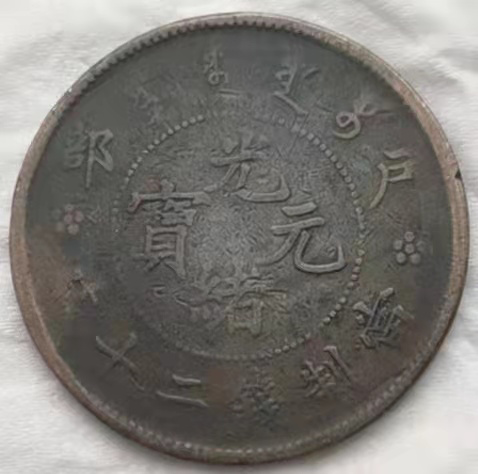 Guangxu Yuanbao was the first currency with large denomination in the reign of Guangxu in the Qing Dynasty. It was the first circulation currency to introduce overseas technology. It also has a certain historical significance for today. Guangxu Yuanbao made in Guangdong province belongs to a large series in the history of modern Chinese machine coinage. Its casting period lasted for a long time (from the 22nd year of Guangxu to the 34th year of Guangxu [1896-1908]). After more than ten years, the coinage has been replaced several times. Even in the same year, many factors, such as mold repair, coin material, technology, factory management, and so on, often lead to extremely complicated editions. 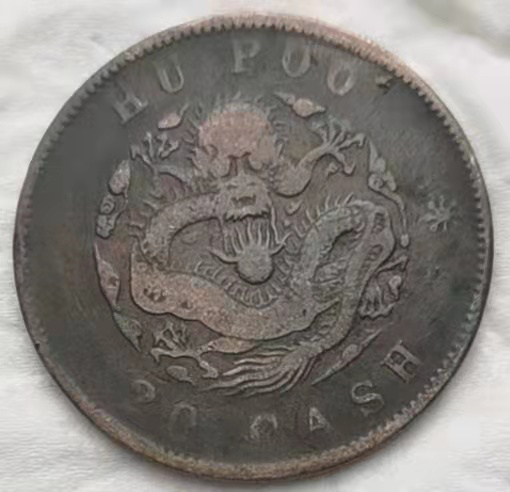 On the front of the coin, there are four characters of "Guangxu Yuanbao" in Chinese, Manchu in the upper ring, and "twenty characters of Dang Zhiqian" in the lower ring, with "Hu", "bu" and plum star dots on the left and right; on the back, there is a picture of Panlong, with English values in the upper and lower rings. The handwriting is deep and beautiful, and the dragon pattern is exquisitely carved. It's rich and natural, full of traces of time and a strong sense of historical precipitation. Ancient coins are of great ornamental and historical value, so they are favored by collectors just like other antiques. The earliest machine-made foreign coins in China are "Guangxu Yuanbao" in the reign of Guangxu. The rare ancient coins are the real objects of currency history. Because they are no longer in circulation, few of them have survived. They are also the witness of history and are worth collecting by collectors!